Ever since life began on Earth, there have been many mass extinctions in which various species were wiped out because of climate change, natural calamity, volcanic activity, the impact of an asteroid, or reasons we have not yet discovered.

The plants and animals which currently exist on Earth have evolved over the 65 million years since the last mass extinction. 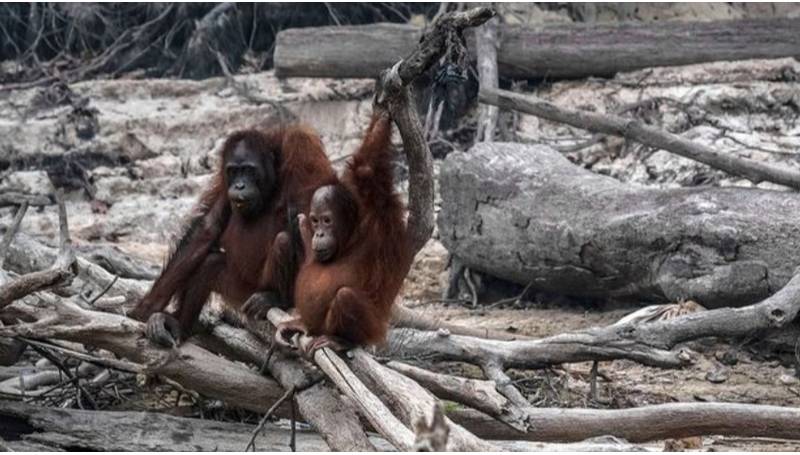 We now observe a huge reduction in biodiversity since the emergence of irresponsible human activities, and now we are on the scale of another mass extinction. We must unlearn on many things to act for nature now, its never too late to bring a positive sustainable change in life for generations existence.

Some common ways as to why biodiversity is rapidly deteriorating are directly related to us. It's us, who are pushing the nature

Cutting down of trees and the ever-increasing demand of need ever more space. Damaging human activity continues to encroach on natural environments, thereby damaging the habitats of countless species.

Humankind's constant consumption of resources such as water, woods, animals, and minerals, which is continuing to destroy natural habitats around the world. We are putting immense pressure on populations of wild species, by hunting, poaching, blocking their migration in the developing societies, and by large-scale industrialization.

The ever-increasing population has resulted in a huge food demand. To match the unsustainable consumption models and supply the number of people living on the Earth today, agricultural systems are dominantly relying on monocultures, chemical fertilizers, and pesticides. Monocultures are more receptive to disease destroying soil quality, microorganisms, diverse species, and human health at a faster rate.

Genetically modified organisms (GMOs) are selected breed crops or crops that have had DNA directly inserted into it to give improvement to the crop, this is done to develop crops to sustain colder temperatures, use less water, or yield more and more product.¬† The bad what GMO's are doing, is that it makes the soil to dry faster and kills good bacteria, making its fertile lifespan significantly less. To replenish the depleted soil, fertilizer is used, which is extremely harmful for the crops, farming, animals, and humans. GMO's are considered hazardous to the environment.

Evermore people and demands ultimately go down to waste and contamination. Our rivers, oceans are getting choked with plastic and industrial waste which is killing millions of marine life. A study estimates that by 2050, there will be more plastic than fish in the sea. As the population is increasing, waste disposal, hazardous swamp, and effluents from industries are survival threats.

Of all the major concerns, accelerating climate change is something we all can see hugely affecting us. Due to increasing climate emissions, our planet is on the edge of a disaster due to our continued emission of greenhouse gases.

We are undergoing more than 30C hotter world by the end of the century if we do not control are activities.

We must unlearn on many things to act for nature now, its never too late to bring a positive sustainable change in life for generations existence.