Bees play an essential role in the natural world. Besides providing us with the sweet, golden nectar that is honey, the bees also play a major part in pollinating the flowers.

They are nature's best pollinators and a single colony pollinate around 300 million flowers in a day. That 's where the saying Busy as a bee originated from.

When the agriculture and flora researchers mention pollinators, bees take a majority to themselves. They are mainly responsible for ensuring that pollen is transferred from a male to a female flower and vice versa. 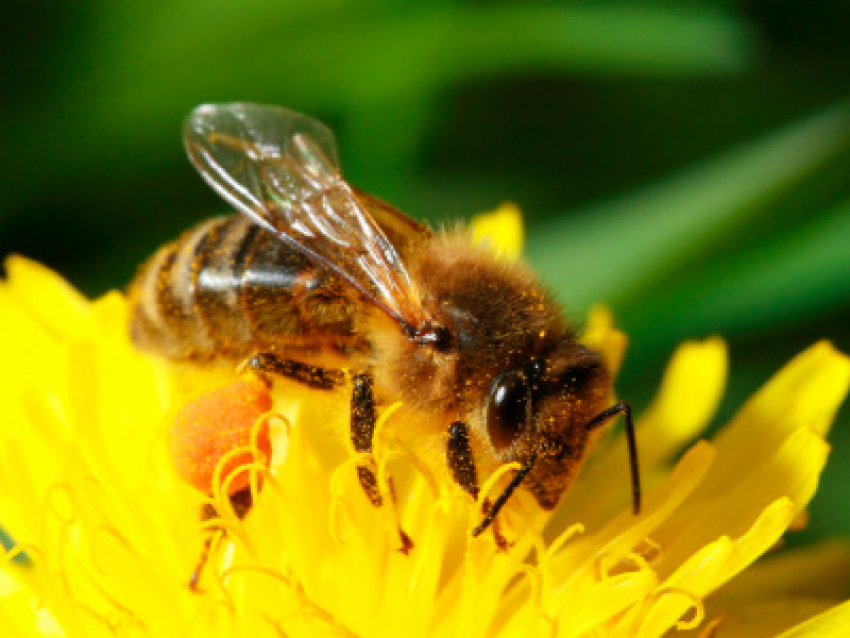 This means that if we continue losing bees, India 's food production would fall to 1/3 of its present production. This would, directly and indirectly, affect the Indian economy as well as our daily lives.

In India, since 2002, farmers have noticed a significant drop in the number of bees that visit their fields. In the US, nearly 40% of commercial bees had died off, not counting the bees that survive in the wild.

In India, More and more research teams are finding out that there is a significant drastic shortage of bee colonies in the wild. Where hundreds of hives would be found, nowadays they have dropped to two-digit numbers.

One of the main causes of the loss in bees is attributed to the vastly commercially used pesticides, herbicides in agriculture. Researchers have found that around 20% of honey produced contains small traces of pesticide.

A study research team found out that glyphosate, a widely used herbicide and holds the number 1 spot in herbicide, is mainly responsible for the killing of bees since the 1990s. still being widely used today by farmers, it is slowly killing and decimating the colonies of bees in the wild and those that are commercially grown as well.

Another major factor is the loss of habitat. There has been a serious increase in tree felling both legal and illegal, especially in urban cities. Trees are illegally cut down and then transported to western countries.

This has directly and indirectly impacted on the bee population in India. Trees that provided shade and protected the flowers from the hot direct sun were no longer present. This leads to the flowers being unable to withstand the hot sun and dying in droves.

Say no to chemical pesticides-

Bees and other pollinators are continuously exposed to a deadly cocktail of chemicals that weaken their immune systems and make them more susceptible to disease.

This is why the majority of environmental groups in India and around the world are promoting the usage of Organic Fertilizers. Studies in India have shown that Farmlands with less commercial pesticides have a greater diversity of bees.

Another study showed that commercial pesticides and herbicides deprive the bees of their sense of smell on which the bees are highly dependent on to find their way back home, this in turn leads to starvation of the stranded and lost bees and eventually leads to a collapse of the colony of bees.

For Example, Sikkim which has banned the use of commercially produced fertilizers and pesticides as well as herbicides, there has been a compelling increase in the diversity of bees that are endemic to the area.

Bee Basket, a business extricating beehives from neighborhoods, relocates the beehives to wooded areas and farmlands and even donates them to the local beekeepers.

Environmental groups suggest that planting of indigenous, native plants and trees in the neighborhood would go a long way in helping bees profligate.

Planting Flowering species and vegetables in your window grills and balconies would also be a step towards conservation of bees. Bee basket owner Mr. Godse recommends that urban bee-keeping is also a way to help conserve their pollination ways. He says that keeping sting less bees in urban settings and promoting it as a hobby will have a huge impact on bee conservation.

The bees will collect nectar from trees within a two-three kilometers radius and return to your house. Youll have a hobby, and theyll help in pollination.

Plant more in your neighborhood-

Another way of conservation is to help protect the local trees present in the neighborhood, the preservation of the existing green space and creating awareness among people about bees and their significance and bring a change to their perception of the bees will help convert society 's view of bees from stinging pests to helpful allies in bringing about environmental change.

You can support to protect these crucial creations for establishing a balance in our ecosystem. Spread awareness for these vital elements and do your bit responsibly and dutifully for the existence of one and all.